Repairs to the clock in 1886 by William Tanner, watchmaker of the Cliffe, ‘caused the expenditure of a considerable sum’ the East Sussex News told its readers. This clock had been made in 1670 by Ditchling blacksmith, James Looker. He had agreed to supply all materials, except the dial, and to keep it in repair for three years for the sum of £5 10s. A new dial, with a minute hand, was supplied by William Hooker in 1817 and it was placed higher up on the south side of the tower.

When the ring of four bells was re-installed, after extensive and expensive repairs in the late 1990s, one was connected to the clock so that it would once again chime the hours.

The entire mechanism was overhauled in 2016 and the clock-face repainted and gilded by Thwaites & Reed Engineering Ltd of Brighton. 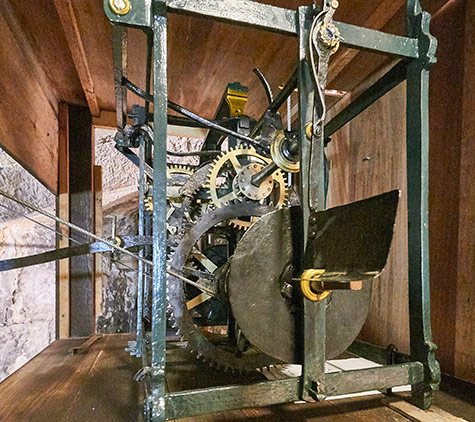 We are indebted to both the Chalk Hill Trust and Cliffe Feoffees for funding the complete renovation works in 2016. 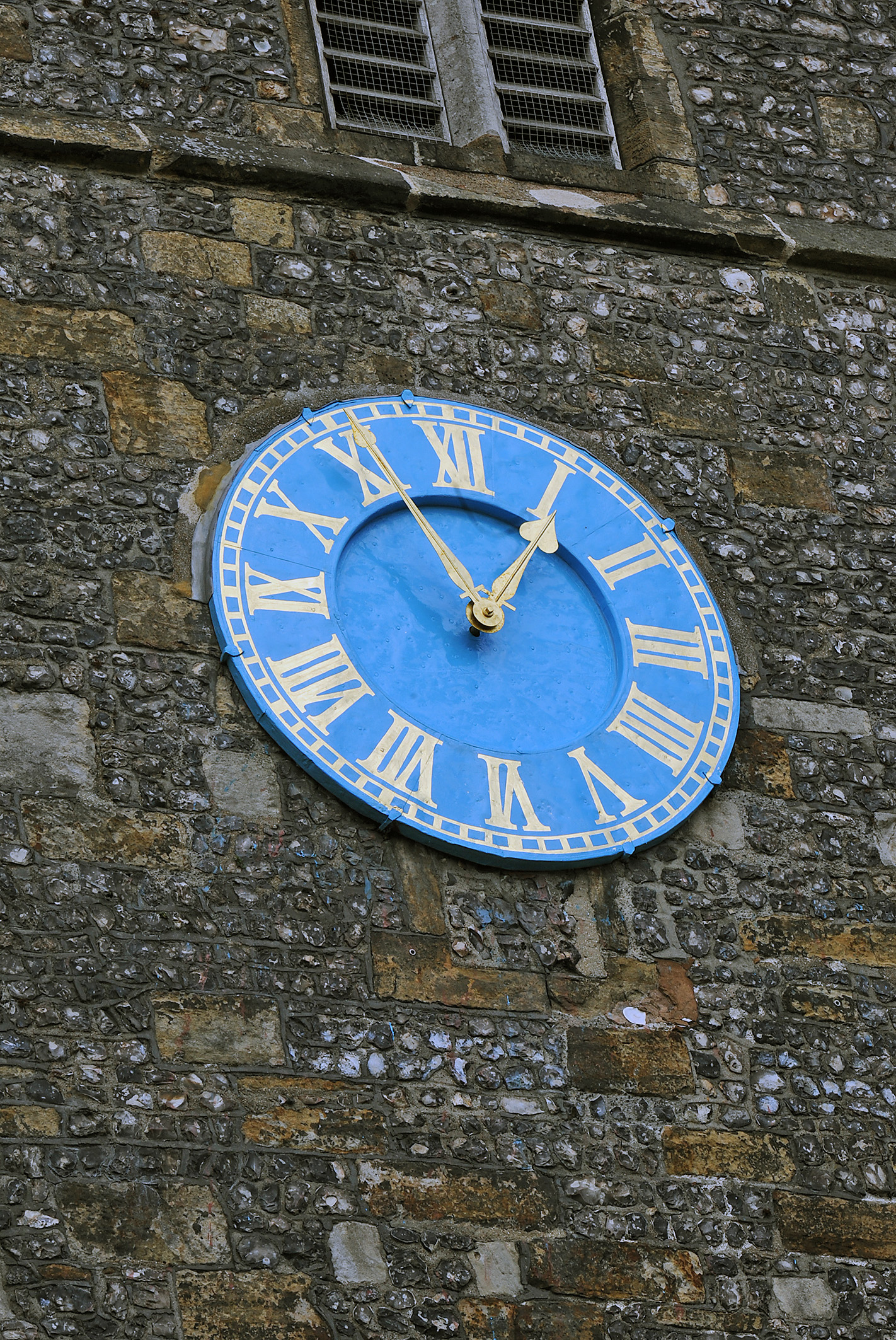 The church clock, which strikes its chime across the Cliffe each hour,  is attributed to James Looker, blacksmith of Ditchling in 1671 who is recorded as a turret clock maker for Lewes from 1664 to 1670. It is a side-by-side wrought iron frame with scrolled finials and two trains: one to drive the hands and one to operate the hourly strike. The clock is  hand-wound each day at the same time and has cast iron weights hanging from pulleys set in the belfry. The clock is regulated by a pendulum which, in turn, is adjusted by a rating nut below the bob. The works are fixed on an old bean in the tower, behind the dial.